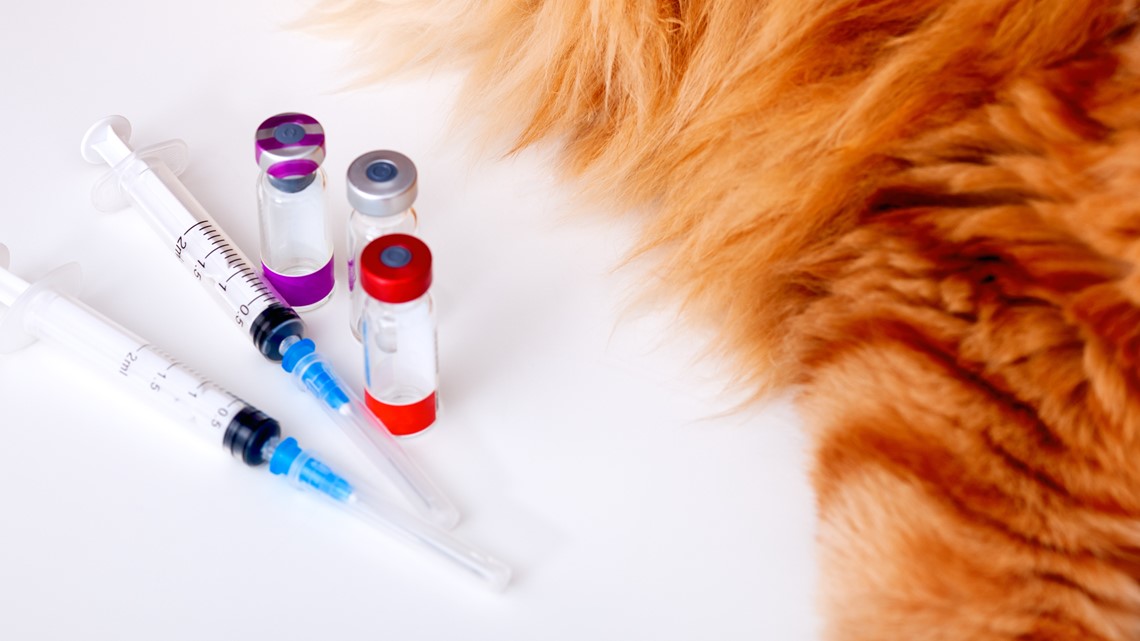 CUMBERLAND, Virginia – Editor’s Note: The video above was posted in October 2021 and discusses another case of dog abuse.

In a letter from U.S. Sens. Mark Warner and Tim Kaine (both D-VA) to the Animal and Plant Health Inspection Service (APHIS), the senators urged APHIS to immediately suspend the facility’s license. ‘Envigo at Cumberland.

Envigo is a contract research center. Their website lists “caring about each other, our animals and the environment” as one of their core values.

The senators say medical records indicate nearly 200 dogs were euthanized and many received no anesthetic, which goes against the American Veterinary Medical Association’s recommendation.

Inspectors found puppies and dogs being held in shelters where the temperature exceeded 85 degrees for more than five hours. They also claim research at the facility caused distress to nursing mothers and their puppies after food was intentionally withheld for two days.

Inspectors say housing violations at the facility left dozens of dogs injured, including 71 who were injured when body parts were pulled through the kennel wall by other dogs. Fifty dogs were also injured or killed due to “incompatible groupings”.

“It is clear to us that Envigo has failed in its duty to provide humane care to its dogs and is unable to meet the basic standards set forth in animal welfare law,” Warner and Kaine wrote. “The role of the United States Department of Agriculture (USDA) in ensuring the humane treatment of animals extends beyond routine and targeted inspections. Congress has granted the USDA broad authority to apply penalties to violators of the Animal Welfare Act. To our knowledge, APHIS has yet to exercise such authority despite Envigo’s repeated failures to provide adequate care to the 5,000 dogs in its care.

The senators are asking APHIS to suspend Envigo’s license for 21 days before proceeding with the full license revocation of the facility. The couple requested a response by April 20.

“In the face of serious and repeated facility violations, we strongly believe that the USDA must pursue aggressive enforcement action.”

“While APHIS inspection reports have proven to be an invaluable resource in uncovering the breadth and depth of abuse that has occurred at Envigo facilities, we are concerned about the delays in releasing these reports” , wrote the senators. “Lawyers, lawmakers and the public waited months after the inspections to consider the findings of the inspection report.”

The senators say they appreciated the complexity of the reports and the immense care animal care specialists take in preparing them, but they also say it is unacceptable that the public and elected officials were not aware horrible violations that months after the inspections and the animals suffered. in the meantime.

A copy of the letter is available here.

WATCH NEXT: A dog rescued a day before euthanasia to become the “house dog” of a living center for the elderly