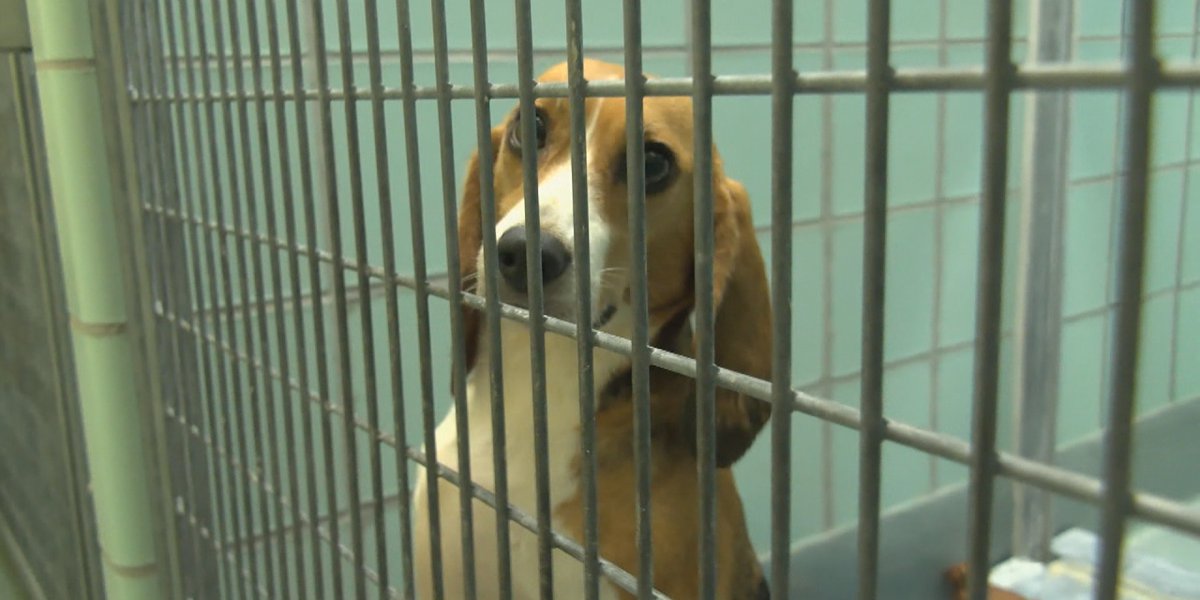 ROCKINGHAM COUNTY, Va. (WHSV) — The Rockingham County Board of Supervisors held a business session Tuesday to hear from county staff about a proposed commercial kennel ordinance.

The county planning commission made no recommendation on the proposal. If approved, it will provide more specific guidelines and regulations for dog breeding operations in the county.

“An ounce of prevention is better than cure. We know that some communities in other states are notorious for puppy mills and that’s what we’d really like to avoid for Rockingham County,” said Melinda See, founder of Advocates for Valley Animals.

Advocates for Valley Animals has advocated for the order and hopes supervisors will pass it. The proposal is much more comprehensive and restrictive than the county’s existing kennel ordinance.

“We’ve had a few instances over the last few months and years where we’ve had individuals who are currently breeding dogs and they want to continue or change that. We’ve had cases where people are breeding dogs and we’ve had complaints,” said Sallie Wolfe-Garrison, chairman of the Rockingham County Board of Supervisors.

The proposed ordinance, section 17-607 of the county’s code of ordinances, includes requirements regarding the location and size of breeding kennels, the number of dogs they may have and raise, conditions in the kennels and the amount of exercise, training and socialization each dog should receive.

“We have hope that a kennel can be a humane place where the socialization of animals is ensured as well as the veterinary care that they need,” said Melinda See.

Another issue that would be addressed is the number of times breeders are allowed to breed female dogs.

“One of our concerns is that the female dogs are not crossed, that is to say more than twice a year. That would be something else that we really think is important for the health of the mother female dog as well as puppies,” See said.

Overproduction is one of the big problems with puppy mills and is of great concern to animal rights activists.

Armus said puppy mills are a problem all over the United States and in Virginia. Besides being cruel to animals, she said these types of operations also end up costing taxpayers.

Both Armus and See said dogs born in puppy mills often have health issues and sometimes end up having to be put down after they’re purchased.

The Humane Society of the United States provided comments on the proposed order when it was first drafted by county staff and said it was important for local governments to take these kinds of actions.

“We have a state law on commercial breeders and I think there’s a misconception that that kind of ended all the problems, that there are no problems, but unfortunately , the cruelty of commercial farming absolutely persists, so we’re really trying to encourage localities to enact laws that are stricter than the state,” Armus said.

Supervisory board chairwoman Sallie Wolfe-Garrison said a big part of the process regarding the proposal will be determining what level of dog breeding constitutes a commercial operation.

“We have cases all over the county happening where families or individuals have dogs and all of a sudden they end up having puppies available that they end up selling. Is this a commercial activity or is it just dogs being in the same place at the same time? ” she says.

The supervisory board will not make a decision on the order at its regular meeting on Wednesday. Wolfe-Garrison said she expects the board won’t vote on the ordinance until at least October.