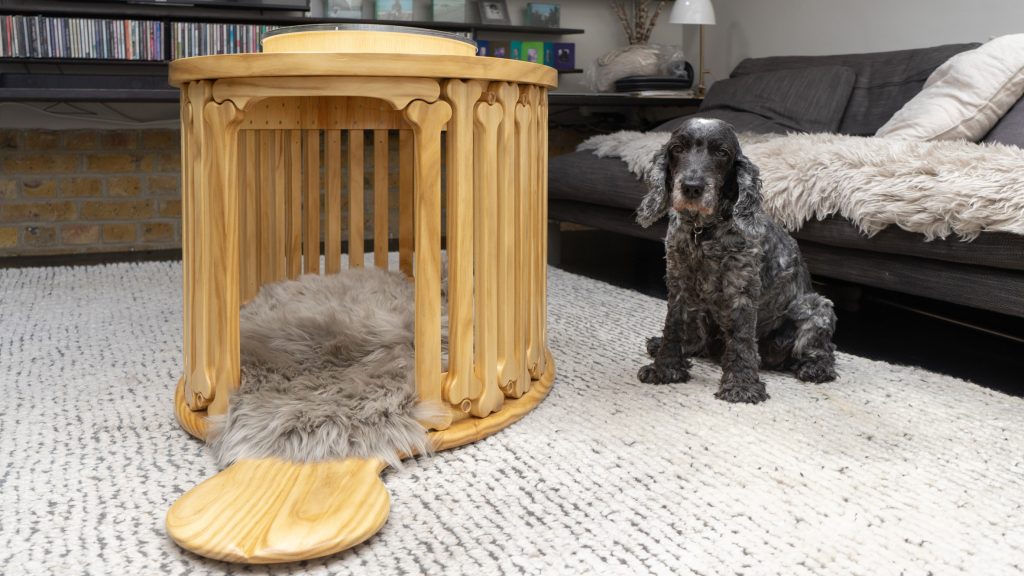 Birds Portchmouth Russum Architects were informed by the ancient structures and inherent characteristics of cocker spaniels before they went to bed for the kennel, which won the inaugural Barkitecture competition at Goodwoof.

The kennel was designed specifically for Illy, the cocker spaniel of Birds Portchmouth Russum Architects director Richard Portchmouth. It was built by a craftsman Karl Levin who built the kennel using Accoya wood.

It has an oval elliptical plan surrounded by vertically aligned bone patterns, reminiscent of the stones of ancient hens.

“The design is inspired by the inherited characteristics of the cocker spaniel of circling around before settling down to rest – intuitively compressing long grass into soft bedding,” said Birds Portchmouth Russum Architects.

“The oval concept informs the design of an elliptical pavilion surrounded by a colonnade that introduces an important new order of Barkitecture – the ‘Boneian’ order – to adorn the small palace and cheerfully reflect Illy’s regal demeanor,” said he continued. 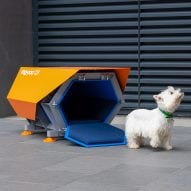 The kennel was topped with a flat wooden roof, provided with an oval-shaped skylight which takes up the plan of the kennel.

Accoya wood has been CNC cut to create the bony silhouette enclosure around the outside of the bed. A lip surrounds the edge of the kennel roof to direct rainwater to a spout – if the kennel is to be kept outdoors.

Bonehenge was selected as the winning entry to Goodwoof’s barkitecture breedings of competition batsmen, including a Star Wars-inspired entry of Rogers Stirk Harbor + Partners and a cherry wood geodesic dome created by Foster + Partners.

Barkitecture is a competition where architects compete to design innovative and contemporary kennels with a budget of £250.

A total of 16 kennels were shortlisted in the competition at the Goodwoof Dog Event where each of the kennels were auctioned off by Bonhams and their proceeds donated to the Dog’s Trust.

In 2020, architect Asif Khan designed a table for pet owners which allows dogs to nestle inside a dimple on its surface. Eeestudio designed a brightly colored dog training center near Madrid which also includes houses for birds and other animals.