DOG breeding is considered by many to be unethical and irresponsible, but like any profession, some people have great intentions, others have bad ones.

There are plenty of dogs in shelters and shelters in Sabah and breeding dogs means that ‘buyers’ will not adopt dogs from shelters. There are many animals in our local shelter, breeds and mix/local. Some people believe that by buying their dogs from a breeder they will somehow get a superior pet, this is not always the case!

Many breeders don’t realize how much pet keeping affects the pet overpopulation / stray problem we have in Sabah. Millions of dogs all over the world are euthanized in shelters every year for lack of space, resources and people to adopt them…this is not yet the case here in Sabah.

The idea of ​​producing more dogs/cats to meet the “demands” of people who are willing to pay large sums of money for purebred puppies while hundreds of dogs are in overcrowded shelters/roaming the streets Is not fair.

Dog breeding used to be very functional – a shepherd breeds only the best herding dogs or a hunter breeds dogs with the best instincts – but with dogs now playing more of a companion role, many people are just looking for looks specific in their puppy, whether purebred or designer mix. This has led to the overproduction of specific types of dogs bred for financial gain with no research or time needed to produce a healthy dog.

The English Bulldog is an example of very poor breeding practices as it has gained popularity for its pleasant demeanor and childish practices. Unfortunately, this popularity has led the Bulldog breed to rank second among all breeds for congenital diseases and related deaths in puppies. It was the result of years of poor breeding practices, so now many of these animals are in constant pain. They suffer from chronic physiological stress due to significant physical limitations that have been deliberately imposed on them by ill-advised and unscrupulous breeders, breed clubs, and kennel clubs.

Dog breeding is considered an industry and in every industry there are some who do it right, and some who do it just for the money, taking shortcuts on the dog’s health, living conditions hygiene, etc. mass-producing dogs, often with little or no experience breeding dogs in so-called “puppy mills”.

These mills are large-scale cat or dog farms where profit takes precedence over animal welfare. These breeders often house dogs in overcrowded and unsanitary conditions without adequate veterinary care, food, water, or socialization. To maximize profits, female dogs are bred at every opportunity with little or no recovery time between litters.

Puppy mill animals, often as young as eight weeks old, are sold at pet stores or directly to the public on the internet, through newspaper advertisements and at markets, and as puppy mills concentrate on profit, dogs are often bred without concern for genetic quality. . Puppy mill puppies are prone to congenital and hereditary diseases, including heart disease and blood and respiratory disorders. Additionally, puppies from puppy mills often arrive at pet stores and their new homes with illnesses or infirmities ranging from parasites to pneumonia.

While farming continues to grow in popularity and is seen as a quick way to make money, it is a recurring problem with little legislation or means to monitor these bad practices.

Breeders focus on breeds because many believe designer animals are superior, whereas a local/kampung dog or rescue animal is considered a downgrade when in fact studies have shown that pure breed have more health issues than a mixed breed.

There is the fear that if a dog is mixed his behavior may be unpredictable, but often you can tell from his appearance which dogs and therefore which traits are more likely to be present in his character. And while Thoroughbreds often exhibit the behavior and characteristics of their lineage, breed does not guarantee behavior.

Tail docking and ear docking is the practice of removing part of a dog’s tail or ear…both of which are illegal in Sabah!

Besides being illegal here (and in many other countries), this cruel, painful and unnecessary practice is still practiced by many unscrupulous breeders and veterinarians in order to force their dogs to adopt a particular appearance.

Most dogs today are family/companion dogs and breeders and buyers are more interested in their appearance, which can sometimes mean that health is overlooked.

Dog breeds such as the Husky were bred in our climate for which they are clearly not suited; Yet many breeders continue to breed, knowing that the dogs will have problems and not do well. Many of these purebred dogs that were purchased and bred for aesthetic and financial reasons end up in already overcrowded shelters and rescue centers around the world or abandoned on the streets of Sabah.

Puppy mills and unethical breeders are happy to produce breeds that the public suddenly loves, regardless of the consequences on the dogs. Social virality loves small dogs, which is why some breeders breed small dogs despite horrible health issues. Often female dogs are raised too young, and once they reach a point of physical exhaustion and can no longer breed, they are left for dead or thrown away.

Pet shops support this activity by buying from breeders or raising the animals themselves! The buyer, attracted by the cute dog in the window, will buy these animals without knowing the real origin of the dogs, because these customers are not interested in them either.

Following trends and capitalizing on a dog’s life for monetary gain is one of the sad realities of dog breeding today and because so many of these breeders operate unsupervised it is impossible to keep up with them with precision or to know how many there really are. are. When selling animals, many say they are not breeders, that the puppies were just an “accident”…or even worse, they say it’s their “hobby”?

We must be responsible and consider the health and welfare of animals…these are not objects or communities and buy by choosing to buy from a breeder you are helping contribute more cruelty towards animals and the prolonged suffering of animals raised, sold, abandoned in our streets!!

When you decide you’re ready for a pet, please choose wisely…and adopt, not buy! 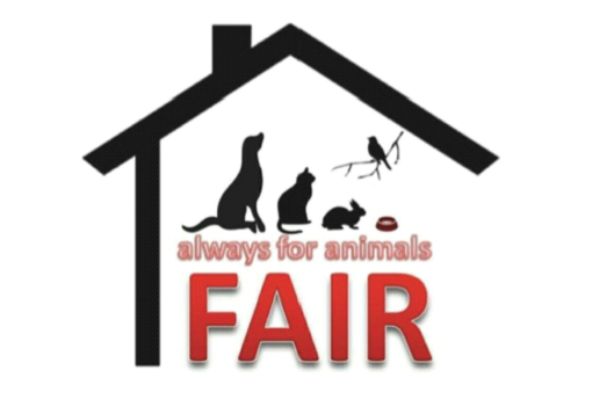