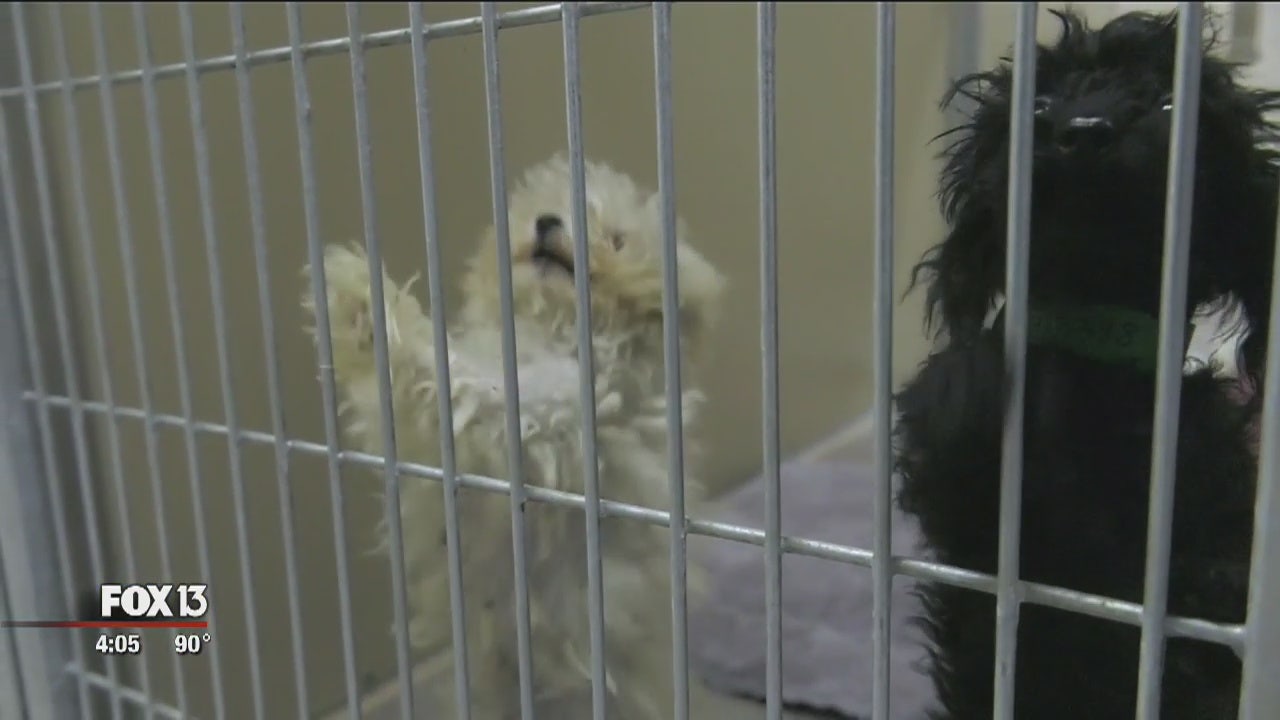 “Initially there are ways, I don’t mean loopholes, but there are ways to tighten it up and target illegitimate commercial breeders,” commissioner Ken Hagan told FOX 13 News.

The commissioner issued a stern warning to breeders who break the law like the East Tampa facility: “You better watch over your shoulder because Hillsborough County is after you.”

Animal Control and Law Enforcement seized over 350 dogs on September 23 from the E. Diana Street business. The dogs ranged in age from newborn puppies to adults and lived in what an animal control officer described as “filth”.

Hillsborough County prosecutors are presenting the case to the state’s attorney for possible criminal charges.

The ordeal has prompted officials to take a fresh look at a law put in place years ago that was meant to prevent this from happening. In 2017, the county changed how breeders are allowed to sell pets; require inspection reports, county registration, and ensure breeders have no recent violations.

“A big part of why it took so long is due to due process and various legal filings,” he said. “I don’t know how much earlier, but it would have given us more tools.”

Neither Hagan nor Trebatowski gave details on what changes they plan to make, but Trebatowski says he is looking at pet retail ordinances from other counties to see how they compare. to those of Hillsborough.

“I really don’t think theirs are any better than ours,” he said. “I think everyone has their problems.”

Trebatowski recommended top-down changes, that is, at the state and federal levels.

“An example of this is when we had to ask the USDA to come in for an inspection, and they said there was a loophole because [Trish’s] raised and sold the animals on the same property,” he said. “Each level of government could do some level of improvement.

“The dogs are doing much better, we are finding additional medical issues that have required us to do further examinations, so we have a few more issues than we initially thought, but that’s all we can resolve,” said Trebatowski.