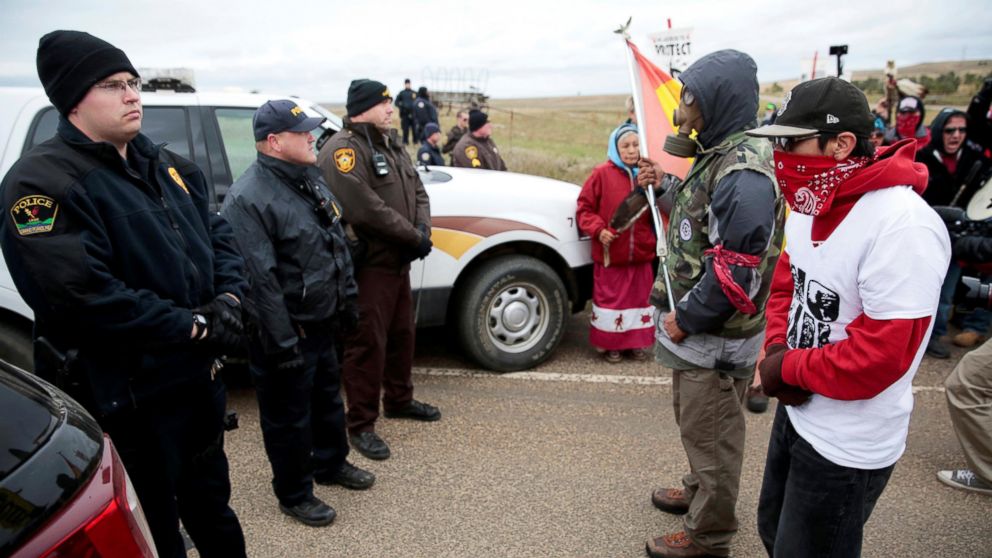 — — A protester pushing to block the Dakota Access Pipeline in North Dakota said he felt “betrayed” by law enforcement and described his experience of being detained in what to Many protesters described it as a “dog kennel” for four hours after his arrest.

But state officials refuted the description of the chain-link fences as “dog kennels,” adding that such holding cells are only used for “mass arrest” situations.

The protester’s account comes as tensions rise between police and protesters pushing to block the completion of the controversial crude oil pipeline.

“The police are supposed to protect people, and the justice system is supposed to, but they only worked for this society,” Brendan Rosa, 29, of Kingston, New York, told ABC News, adding that he was “treated like a zoo animal” after he was arrested last week along with 140 other people.

Rosa said police also wrote numbers directly on protesters’ arms for identification. “People were saying that’s how they did in the Holocaust,” he said.

Rosa said there were four enclosures for males and two for females and “15 to 20 people in a kennel”.

“I felt like a caged animal. I think a lot of us did,” Rosa said, noting that he was eventually tied up and taken to a jail about a three-and-a-half hour bus ride to the start. hours of the morning.

Rosa said he was taken into custody last Thursday following the mass arrest of 141 protesters. Heavily armed law enforcement officials moved in on the protesters, who call themselves “water protectors”, to clear them of private land on the proposed pipeline route.

The protesters claimed they had a right to be on the land, citing an 1851 treaty they say designates the land for Native American tribes.

Rosa said he was charged with two misdemeanors and a felony, and faces a combined sentence of up to 12 years in prison.

State officials defended the use of temporary “holding cells.”

“Temporary holding cells (chain-link fencing) have been installed in the Morton County Correctional Facility and are only used for ‘mass arrest’ situations,” the Department of Corrections and Rehabilitation said. North Dakota (DOCR) in a statement, adding that the “detention cells” measured 10 feet by 14 feet.

“They are temporary until the Correctional Center can get them. [the people detained in mass arrests] processed at our facility or transferred to another facility in North Dakota,” the DOCR added.

Tribal Chairman Dave Archambault II called on the Justice Department to intervene, citing “militarized law enforcement” and to “immediately dispatch monitors to ensure the protection of First Amendment rights and the safety of thousands of people here.” at Standing Rock”.