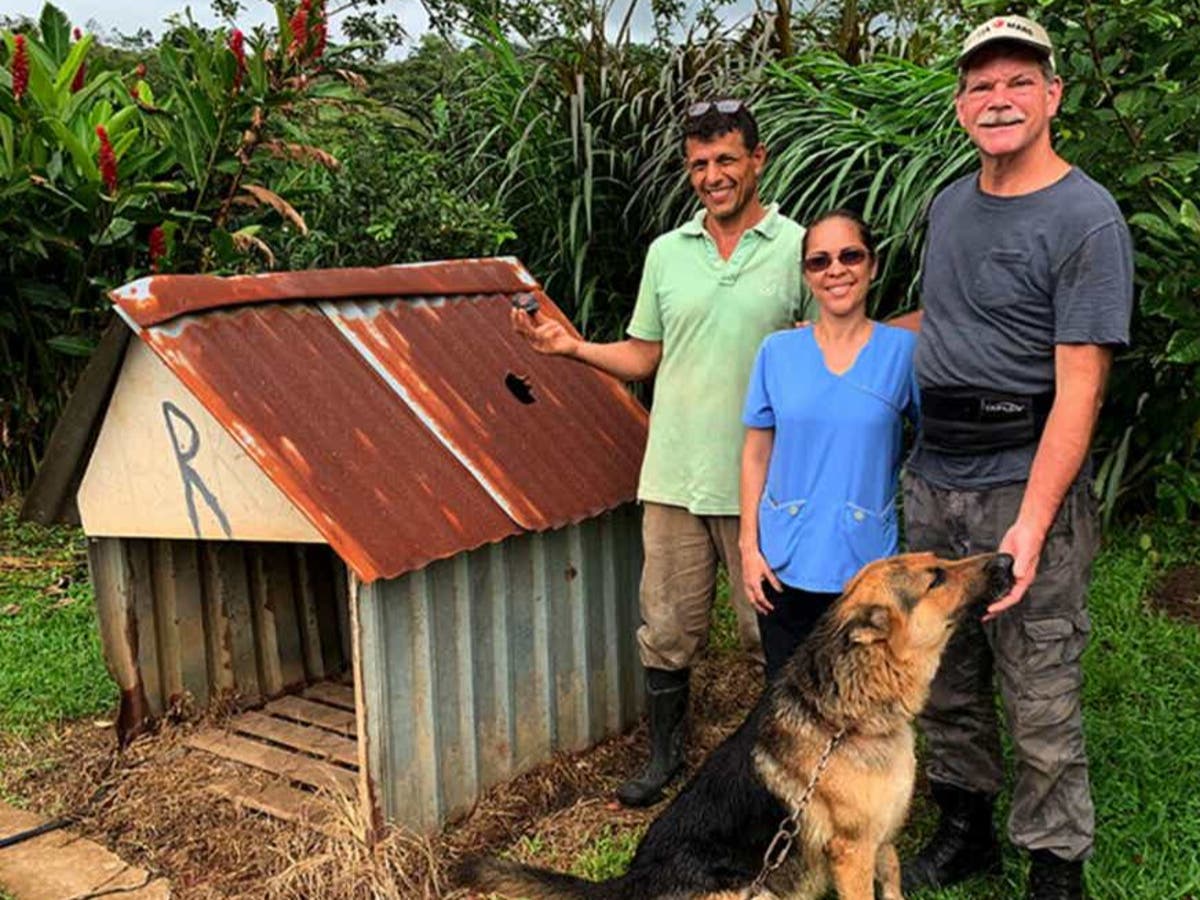 A kennel pierced by a meteorite will be up for sale among an array of space junk at a Christie’s auction.

The London-based auction house is holding its annual alien hardware auction on Wednesday. The combined value of the lots is over £2 million.

Part of a meteorite that aroused the enthusiasm of scientists when it fell on Winchcombe, Gloucestershire, is also for sale.

The Winchcombe Meteorite was found to contain materials that were present when the solar system was formed 4.6 billion years ago.

Known as carbonaceous chondrite, it is a mixture of minerals and organic compounds believed to hold the secrets to the origin of life as we know it.

At 15 grams, the Winchcombe fragment is believed to be among the largest pieces of the meteorite in private hands. It is expected to fetch up to £6,000.

The kennel, which once housed a German shepherd named Roky, is expected to fetch up to £220,000.

The roof of Roky’s tin shack in the Costa Rican countryside was punctured by a meteorite in April 2019. The dog was surprised but unharmed.

The cabin’s wooden floor has been restored as it was completely destroyed by the meteorite. A seven-inch hole in the roof where it hit remains.

The meteorite will be for sale separately.

Roky’s kennel is the latest in a line of meteor-struck items to be auctioned off.

Christie’s began holding an annual meteor sale in 2014, attracting lots from around the world.

James Hyslop, head of science and natural history at Christie’s, said: “Since an exhibition in Paris featured a famous car hit by a meteorite, I wanted to auction something hit by an extraterrestrial object.

“There aren’t many, and I’m delighted to now be able to offer Roky’s famous meteorite-impacted niche and its accompanying impactor.”

Also among the 66 lots at Wednesday’s auction is a large moon rock and the largest known piece of Libyan desert glass, which was formed by a meteorite impact in the Sahara Desert 29 million years ago.