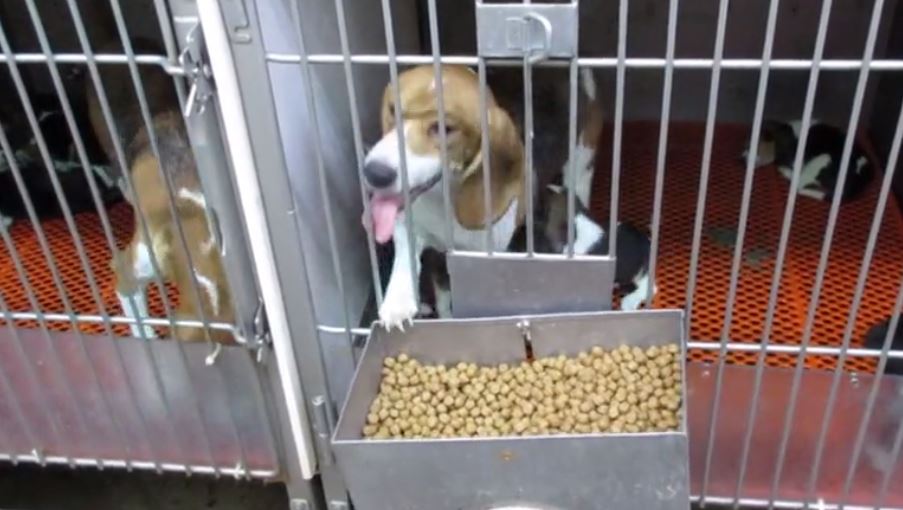 CUMBERLAND COUNTY, Va. (WRIC) – Dog-breeding facility Envigo announced on Monday that it is closing after an extensive investigation by 8News and an undercover operation by PETA revealed the mistreatment of hundreds of beagles in the facility.

Today, 3,500 beagles are looking to become man’s best friend following the closure of Envigo. 8News spoke with Virginia Senator Bill Stanley, who said he expects a bill that takes effect July 1 will help ensure dogs find their forever homes. By law, if Envigo does not or cannot sell these dogs, the company must have them adopted through an agency.

For years, 8News has investigated complaints of dog abuse by Envigo. The company, which bred and sold beagles for research purposes, had committed 39 animal welfare violations at its Cumberland facility. Hundreds of beagles died in the company’s care of unknown causes, and other problems, including malnutrition and horrific living conditions, plagued the facility.

PETA investigators said the shutdown was a long time coming.

“We are happy that the establishment is closing. It’s time for this facility to shut down,” said Daphna Nachminovitch, senior vice president of PETA’s Cruelty Investigations Department.

Nachminovitch said the more than 3,000 dogs left at the facility deserve new homes.

“They have the right to find a good home, where they can feel the sun on their back, the grass under their paws, play, swing and sit on the sofa and watch television with their family,” said- she declared.

Dogs can have this opportunity if Envigo cooperates. A judge said Monday that the company must settle its differences with PETA.

“We remain deeply concerned about the 3,000 dogs that are confined to this hellish facility,” Nachminovitch said, adding, “The facility appears to be arguing with the judge that they should be allowed to continue running their business. sale of dogs despite persistence and repeated violations of federal welfare law.

In early April, Governor Glenn Youngkin signed five bills, known as “Beagle Bills,” to support animal welfare reform for dogs and cats bred and sold for experimental purposes. PETA will have the help of Senator Stanley, who saw the conditions at Envigo, leading him to adopt his own beagles. He’s ready to do whatever it takes, including making sure Envigo aligns with the legislation that comes into force in July.

“I am ready to make it happen, along with the other volunteers. You don’t see a lot of bills that pass 140-0. Five bills did it and I’m proud of that,” Stanley said.

According to PETA, you can visit the Virginia Coalition for Beagle Protection’s Facebook page if you’d like to get involved in creating a home for dogs.