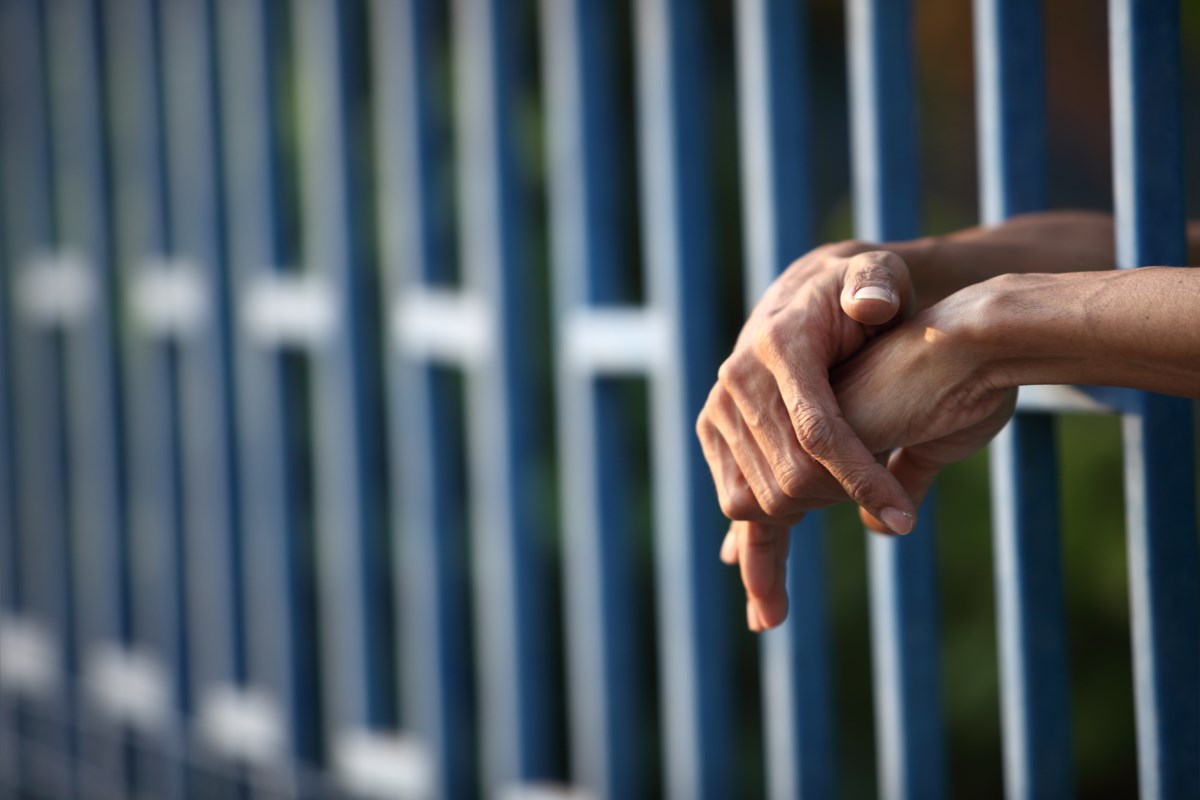 “I have full confidence that she was not exposed to COVID in any way,” says Nottawasaga OPP Acting Staff Sgt.

Editor’s note: Some of the details in the following story were removed from the original version published on May 6 due to specific details about family members.

Are temporary holding cells inside local police stations clean and safe for offenders during the COVID pandemic?

According to Barrie resident Pamela Grover, who was arrested for drunk driving in March, the cells are “dirtier than a kennel” and not COVID safe at all.

Grover was arrested on March 1 after she and her vehicle were discovered in a ditch in Bradford off the 5th Line near Highway 400. It was the day of a blizzard that brought many motorists to find alternate routes after multiple collisions that closed parts of the freeway.

Grover was arrested and taken to Nottawasaga OPP station in Alliston where she was placed in a holding cell to await processing for her charges.

“I’ve been locked up for over a year and tried to stay safe and they locked me in this disgusting cell which was so dirty. And the police refused to give me disinfectants. … I was afraid of being exposed,” she said.

Although Grover was alone in the cell, she says the interior was covered in black grime and grime with vomit on the toilet seat. She said there was no clean place to sit.

“The bars were dripping with white mold,” Grover said. “I took a dirty old blanket that was in the cell and wiped off one of the bars… (and it was) black!”

Grover was placed in the cell for “a few hours” and claims she was not asked any questions about COVID before she was detained, nor was she given a mask.

“All I could think of was COVID all the time. I was panicked! They put so much stress on me just for that,” Grover said.

At the time, Grover had yet to receive his COVID-19 vaccine.

“We’ve been in solitary confinement for a year and they want to put me in this filthy confinement cell? I just wanted any sanitary item.”

Grover was released from the station with a future court date.

“It’s not about me. … I had to call someone to get back from the station, so everyone is in danger,” she said.

Grover says she sent a formal complaint letter to the station, but claims she hasn’t received a response. For fear of being exposed to COVID, she says she self-isolated for two weeks after being released from the station.

“Everyone is under protocol. … Why aren’t we protected in the prison cell too? she asked.

Village Media contacted the Nottawasaga OPP Detachment in Alliston where Grover was being held and inquired about cell cleanliness and COVID safety protocols.

“The Nottawasaga OPP Detachment is following strict COVID safety protocols. The detachment has a contract with an external cleaning agency which intervenes at least three times a day and more if necessary, ”said the gendarme. “Cells are sprayed with a hospital-grade disinfectant after each use.

“(If there are) concerns about a cell containing bodily fluids, it is immediately shut down for the professional contract agency to clean it up,” Jacome added. “Masks are also available and provided to everyone attending the detachment if they wish.”

Acting Staff Sgt. Eric Steele, who is in operations management with Nottawasaga OPP and works at the detachment where Grover was detained, confirmed that cleaners were in the cell on March 1 and cleaned it before and after Grover was detained.

“If there’s a prisoner in the cell, the cleaners won’t go inside to clean it, of course, but as far as whether the cells are dirty or clean, that’s a job. police. Can you eat off the floor? No, but they are cleaned regularly and sanitized after each person comes in,” Steele said.

Steele confirmed that Grover was not given a mask upon entering the cell; however, Steele noted that she was alone in the cell and that any police officers who approached her were still wearing a mask. Steele also confirmed that the disinfectant spray used to clean the cell is the same one used to clean ambulances and fire engines.

“Was she safe?” Most definitely,” he said. “I have full confidence that she was not exposed to COVID in any way. Regarding masks, since people in cells can sometimes be a problem…there are some things you can give them and some you can’t.

“For every person who does well, there are 10 more who will get in trouble,” Steele added.

In some cases, Steele said something like a full roll of toilet paper was pushed down the toilet, clogging the plumbing system, or sprayed with toilet water and thrown everywhere, causing a mess in the cells.

“Depending on the situation, with each prisoner, it’s a rolling rule,” Steele said.