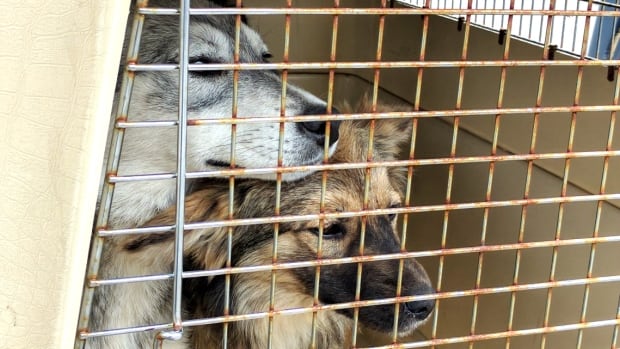 A dog breeder who is fighting charges of leaving animals in distress has been denied a license application from Vulcan County to establish a new dog breeding and selling operation in the southern community of Alberta.

In April, 131 dogs, 62 rabbits, eight cats and three turtles were seized by the Alberta SPCA from the property of Tyler Marshall in the village of Milo in Vulcan County.

He was charged under the Animal Welfare Act with leaving animals in distress and failing to provide them with proper care.

The charges have not been proven and he is due in court in Lethbridge on June 26.

Marshall then applied for a permit to establish a dog breeding and selling operation called Marshall Kennel. At a meeting on Wednesday, the county council unanimously denied Marshall’s request, the Calgary Humane Society tweeted.

AGAINST: The council of Vulcan unanimously rejects the request for a license to breed dogs. pic.twitter.com/IVzFZwffPv

Marshall is also the former owner of the Animal House pet store in Okotoks. He said he was forced to close after he became the unfair target of animal rights protesters who vandalized his store in January. They claimed he ran a puppy mill.

The April animal seizure in Milo came after a complaint from someone who purchased an animal from Marshall. The SPCA followed up and found animals in distress on the property.

In a statement, Ty Marshall said he was trying to resolve issues with the SPCA and comply with animal welfare law.