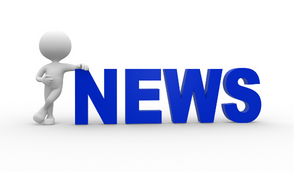 Platteville kennel owner Dan Winch has proposed that taxpayers pay for him to move his facility out of the city. Winch presented Platteville Common Council with project ideas this week costing between $725,000 and $3.2 million, which could include buying or building a private home for Winch’s family and d a kennel on an outside property. the city ​​limits. This is unlikely to happen because City officials say funding the plan would significantly raise taxes and provide Platteville with neither property tax revenue nor job creation. Winch operates Bernese Buds from his home in Platteville and keeps eight Bernese Mountain Dog breeders and the litters of puppies they produce. He also owns three cats and is looking to house other people’s dogs. A 2020 change in city ordinances reclassified Winch’s operation as a business, requiring it to to have a new license and an additional permit. In December, Platteville city officials denied Winch the permit because his 7,533 square foot property is incompatible with the size requirements of the new ordinance. It is expected to operate a facility on land of at least 33,000 square feet. He has until Januarydirectory 31st comply, or the city can start issuing citations. A report says Winch purchased 10.3 acres of property in the town of Smelser for $99,000 in July 2020, but he said the property was not ready to move into.