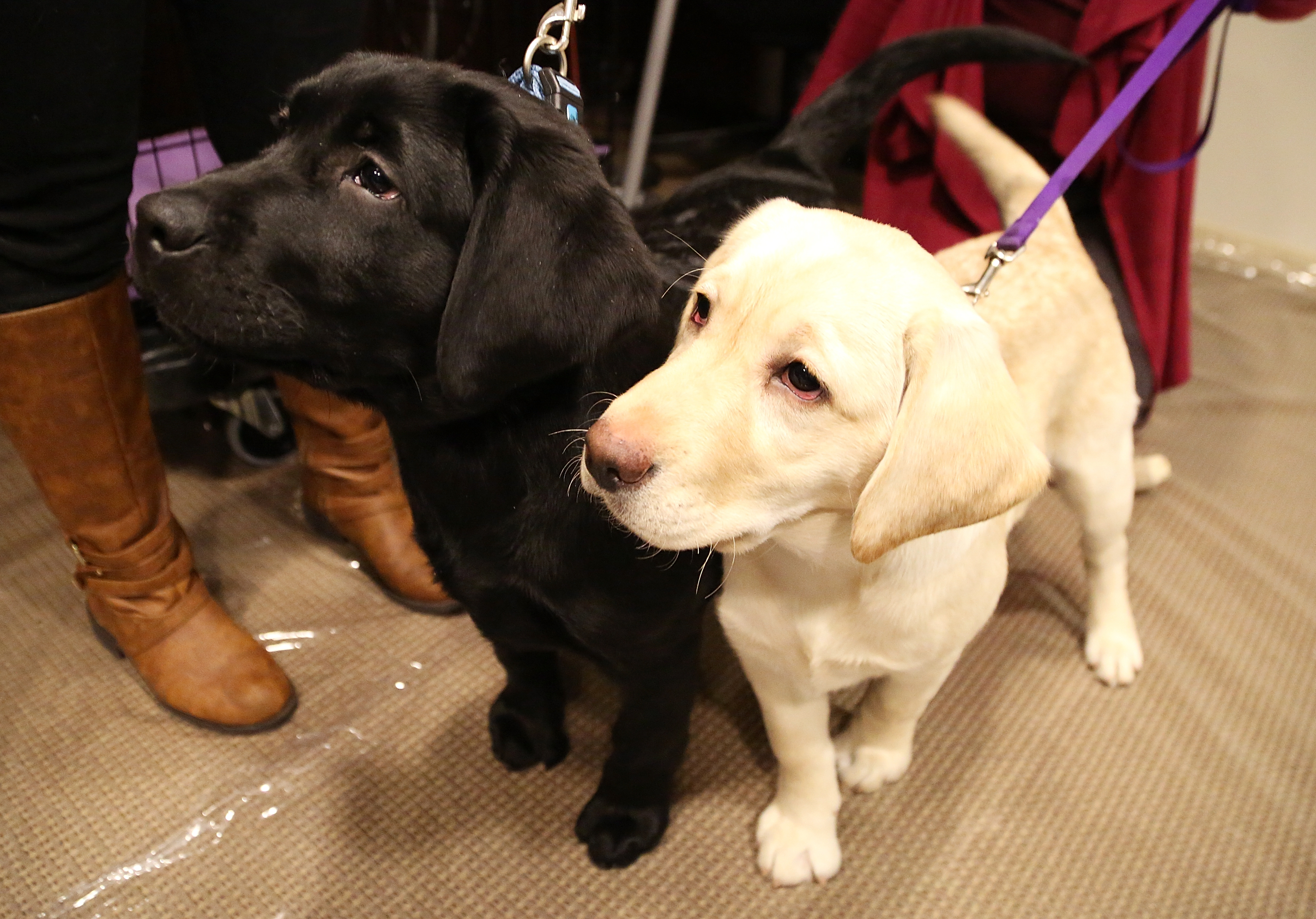 More than 25 dogs, including six newborn puppies, were killed Friday in a fire at a kennel in Bardstown, Nelson County, Kentucky.

Ron Kraemer, the owner of Doggy Style Kennels, which breeds, trains and breeds Labrador Retrievers, was shopping for dog food when the facility behind his house caught fire. The fire killed all the dogs present, except for one who had just given birth to six puppies.

In an April 23 Facebook post, the owner wrote, “I came home from town today with a load of dog food to find my kennel in flames. I lost all my dogs and puppies to the except for Candy who made her way through the portal.”

“I had nine puppies in this kennel, six puppies there coming out next weekend. And in kennel number four I had nine black puppies,” Kraemer told WLKY from Kentucky. “Can you imagine having 30 dogs barking right outside your door? It was a bad dream, and I still hear them, I still smell the fire.”

The owner was still miles from home when he got the call and “it was far too late” by the time he arrived. “A neighbor said to me: ‘We tried, we tried, we couldn’t save any'”, he says.

“You can imagine how devastating this is. My dogs were my life. Keep following my page…it won’t be the end of Doggy Style Kennels,” Kraemer wrote Friday on Facebook.

Kraemer was “overwhelmed with the support” he received following the loss of his dogs and his kennel. “There are no words. Bless everyone,” he wrote on Facebook on Sunday, where video of the fire had previously been posted, WLKY reported.

A person who had previously purchased a dog from Doggy Style Kennels created a GoFundMe account to help raise funds for Kraemer. The account had received more than $3,600 in donations at the time of writing the report.

“Please contribute to Ron and this tragedy and help him rebuild his dream, and pay for medical care for the only surviving dog who lost his litter,” the GoFundMe post said.

The cause of the fire is unknown. Newsweek contacted Kraemer, the Bardstown Fire Department and Nelson County Fire & Rescue for comment.

In late March, a dog trapped in a Florida home “engulfed in flames” was rescued by a police officer who broke down the front door to help him escape. The owners were not at home at the time of the fire.

A Flagler County Sheriff’s Office (FCSO) deputy was responding to a structure fire at a residence on Princess Dolores Drive when he heard “scratching behind the front door,” the FCSO said in a Facebook post. sharing a video of the incident.

In February, a Chihuahua puppy was found alive 14 days after a fire destroyed an apartment building, leaving all residents without belongings or shelter.

The pup could not be found immediately after the fire but was discovered two weeks later on the second floor of the burned building by a man driving through the complex.

In December 2020, a homeless man in Atlanta rescued more than a dozen rescue dogs and cats from a shelter that caught fire.