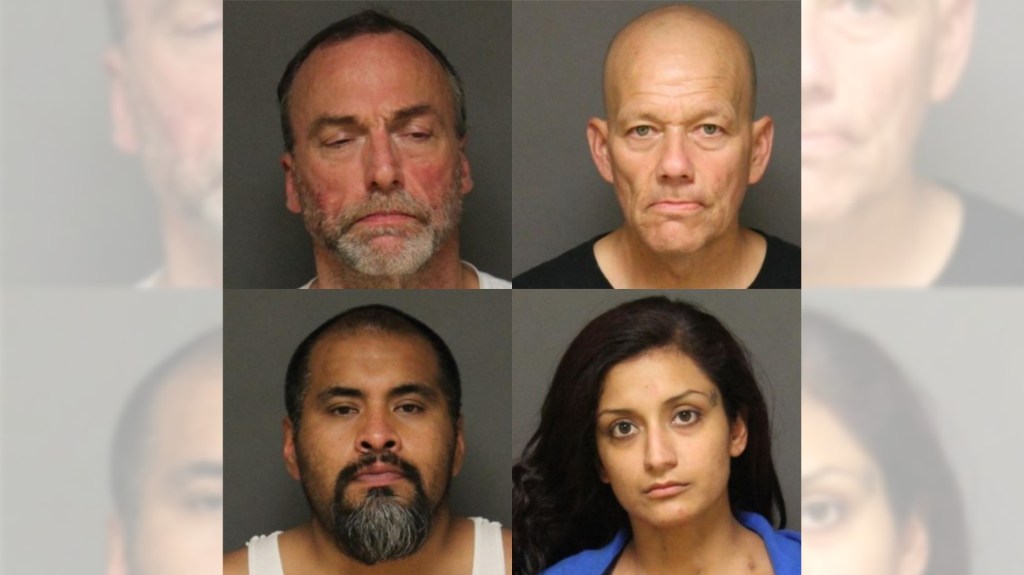 The owner and three employees of a Fullerton dog kennel and boarding house were arrested Wednesday following an undercover operation by police investigating drug sales outside the facility.

At noon Wednesday, June 5, detectives were monitoring the dog boarding house on the 100 block of West Walnut Avenue, where they suspected drugs were being sold, Fullerton police said.

They spotted a man, Christopher Proglio, 53, who they knew lived at the facility and had a warrant for his arrest and was on probation, police said.

There were about 20 dogs housed in the building, Radus said, adding that they appeared to be in good health. The dogs were turned over to an employee who did not appear to be involved in the illicit activity, and detectives alerted OC Animal Care to inform them of the investigation and the animals.

Anyone with information about the case has been asked to contact Sgt. Pedram Gharah at 714-738-6127 or by email at pgharah@fullertonpd.org. Anonymous information may be submitted to Orange County Crime Stoppers at 855-TIP-OCCS.