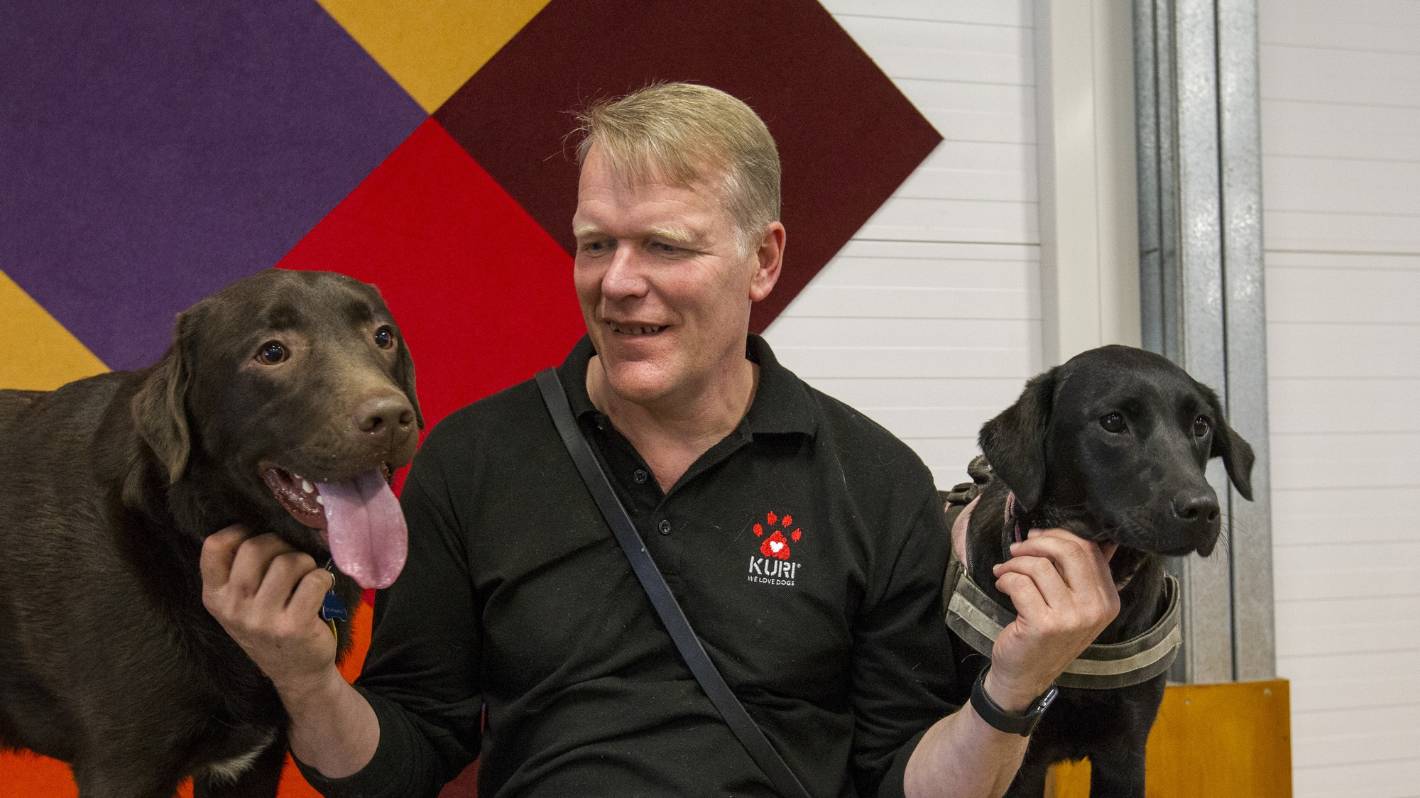 Geoff Bowers has lost a business in the canine industry but is pursuing another.

Geoff Bowers lost around $900,000 of his own money and left over $1 million in debt in the collapse of his Christchurch kennel business.

The low-key former British SAS soldier and police dog handler described the failure of his company Kuri Ltd as “not the best experience”.

Liquidator Brenton Hunt, of Insolvency Matters, said no funds were likely to be available for the company’s taxes, vacation pay or unsecured debt. He hoped to sell the business to raise money for creditors.

Bowers said Covid-19 had “absolutely boxed us in”. The kennel business, based at Christchurch Airport, relied on travellers, some of whom would leave their dog with Kuri during the week while they worked out of town. This custom had dried up with the Covid lockdowns and the business was also hit hard by the trend of people working more from home.

The tax debt was partly a tax penalty and, before Covid, he paid it off, he said. Much of the holiday pay was due to him as he had not taken a holiday for six years.

The kennel closed in September and Bowers told customers he couldn’t operate it “safely for your dogs or my staff without qualified staff being available.” He closed his Rangiora dog care center last year.

Bowers continues his involvement in the industry through another company called Kuri City, which started in October last year and operates a dog daycare business in Phillipstown, near downtown. Bowers was administrator of Kuri City until July this year, when he resigned. The company is owned by its remaining director, Bruce Mayhew, whose trust company also owns shares in Kuri Ltd.

Bowers said Kuri City has been running for about 12 months and he helped set it up for the owners. He was now simply an employee, he said.

Bowers was one of the main parties behind Christchurch dog food exporter K9 Natural Foods, which in 2011 was Canterbury’s fastest growing company and fifth in the Deloitte Fast 50, which ranks the top 50 companies by revenue growth over the past three years. .

He sold his shares in 2013 for an apparent fortune, but this week he said the payout had been modest.

Kerin Pratt of Commerical Flooring Specialists said Kuri still owed him $30,000 for a 600m² cement floor he had installed in the Kuri airport building. When Kuri was behind on her payments, Bowers had solemnly promised that her bill would be paid.

Although Pratt’s business survived, Kuri’s debt and continued risk of bad debt had prompted him to start studying project management so he could earn a salary instead of continually risking work. , to buy products and not to be paid.

“I’m too scared to go on. The risk is crazy,” Pratt said.

A former part-timer, personal trainer Lucy Collins, said that although she was listed as a creditor, she owed nothing.

“I was treated really, really well,” she said.

“They were kind and understanding employers.”